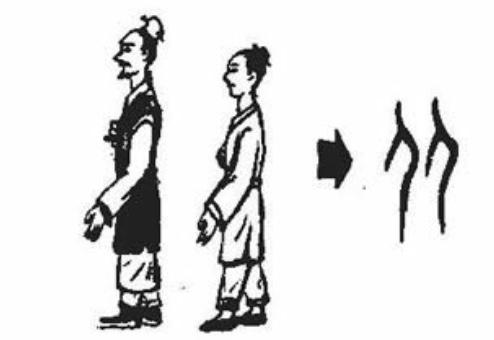 Any insights? Let’s take a look at what wisdom the ancients left for us: start from two people.

By putting two people ”人” together, ancients created the world “从”. Translate it into English, it basically means FOLLOW:

A child follows a parent, a student follows a teacher, the young follow the elder… (Refer to below picture)

What relies between these two people? We learn from ancients: when there are two people ”人” together:

Imagine, we are following each other in our #community. The world will be in #peace, #flourish, and #prosperity.